Stories of Ju Yunlei, Lecturer of Practical Courses: Know More About Cigar and Cocktail with Me

On a night of October, 2016, which was supposed to the coziest night in Beijing's autumn, Ju Yunlei, 31 years old, stayed up all night, only for preparing to interview the position of lecturer in BHI tomorrow. He had tens of years' experience working in F&B department in hotels and restaurants, but lecturer was a brand new challange and attempt for him. He tried very hard to match what he was equipped with what the students needed. 5 a.m., he finally completed his powerpoint which was one of the best powerpoints he had make in the past ten years as he said, and directly drove 100 kilometers to BHI campus for the demo class.

Luckily, it was a successful demo class. Guo Ruihuan, the General Manager of Training Hotel, made a few comments on his class, and kindly offered him some advice on lecturing and how to be a lecturer. After several rounds of interviews, Ju officially became a lecturer of practical courses in BHI.

Since Ju teaches cocktail making, spirits knowledge, and cigar knowledge, he usually regards himself as "a lecturer of smoking and drinking". On the class, he would put the knowledge into the stories of hotels, bars, and restaurants, and share with students. In the stories, Ju was an excellent cocktail make, a successful manager of bar and restaurant. 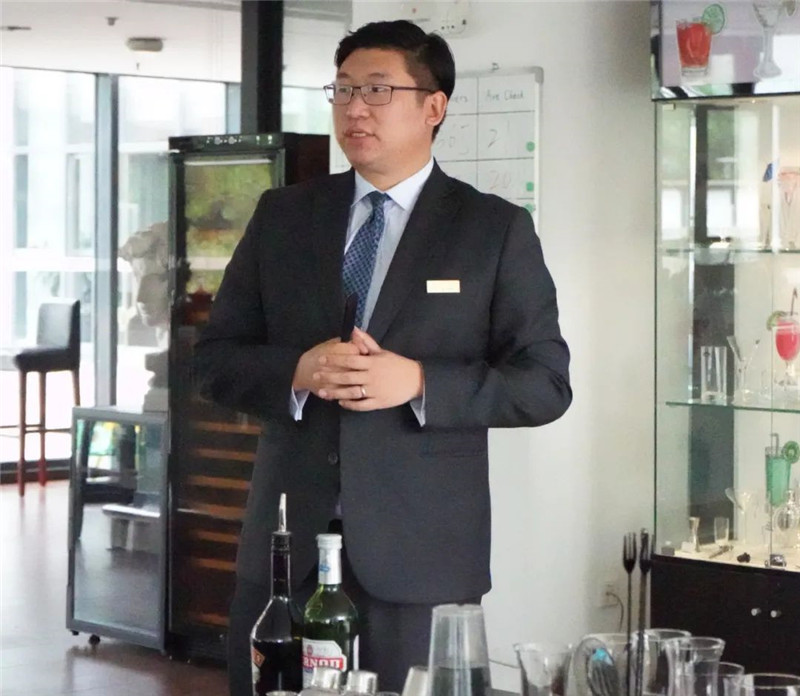 Ju joined hotel industry in 2006, having working as the manager of bars and restaurants in Kerry Hotel, Kempinski Hotel, Genting Malaysia, Steigenberger Hotel Group, etc. In 2016, Ju joined BHI, starting to teach class of spirits knowledge, cocktail making, and wine & cigar knowledge. Since then, he passed the QLF certification of EHL, 5H training system of BHI, and conducted practical training for staff of Zanzibar State House in The United Republic of Tanzania as one of the BHI representatives.

Ju: I majored in hospitality in college. During that time, I did my internship at Kerry Hotel, as a bartender. What a fancy place the bar is! Meanwhile, for more income, I worked at a bar in Houhai Area where I learned cocktail making.

After graduation, I entered Kempinski Hotel Lufthansa Center. From bar to restaurant, and then to my own restaurant, I stayed  in this industry for over 10 years. 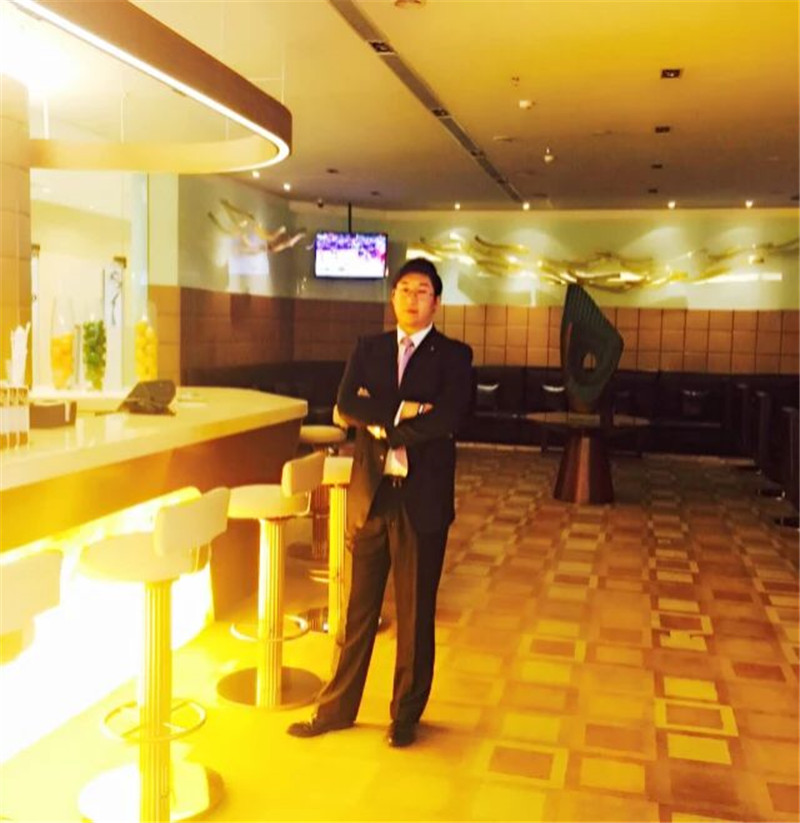 Ju at the Hotel He worked for

Ju: "A lecturer of smoking and drinking" is only a joke. There is so much knowledge about wine and cigar to learn and my job in BHI is to let the students know the knowledge, and to make cocktail making, wine tasting, and cigar appreciation a culture. Whether something is good or not, you can only tell when you know it.

I, myself, also experienced a turning from hate to love. In Kempinski, I hated the tedious serve of French restaurant. However, I had to master all the skills related to events and French dishes for career needs and that's where I started to learn it, passively. When I was learning it, I understood the culture of French dishes. Later, I started up my own restaurant and it served French dishes.

So, look, why do people hate something? Hate always comes from ignorance. Know more, understand more.


02 BHI Student Differs from Others

Ju: I first got to know BHI when I came across interns from BHI. They made me see a huge difference from other interns. I never got angry with those BHI interns since they knew everything.

Interns from BHI always knew how to do and how to do it in the right way. They were equipped with all fundemental skills the hotel requires. All they need was more practice. Comparing with interns from other schools, BHI interns can save two months in learning the basics. When I got familiar with them, they introduced me the facilities in their school, a training hotel where there were bars and lecturer of cocktail making. I was shocked and full of curiosity.

BHI interns were hardworking and smart, and more importantly, they had internship instructors as their supporters, and those instructors, might be my former colleagues. 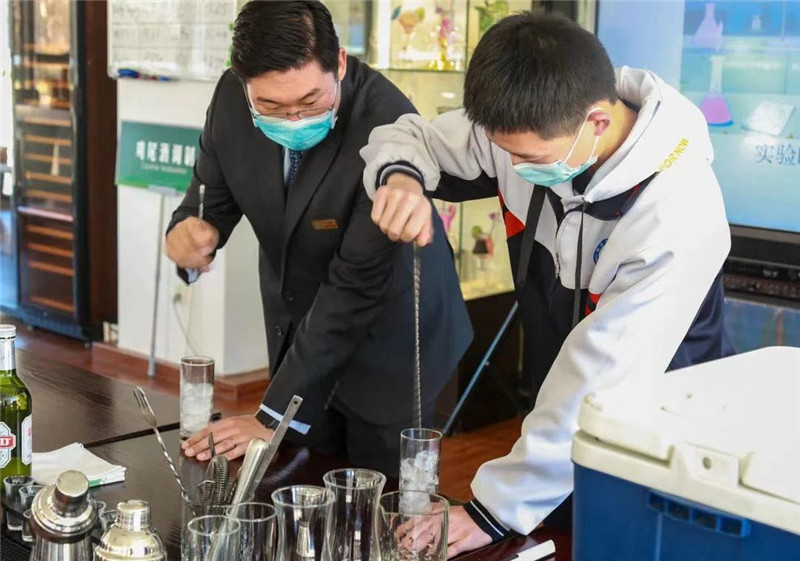 Ju: In my view, besides the competencies, BHI interns were different for their mindset.

BHI has been cultivating talents for industry. What we teach and learn is how to offer better services. In four years' study, students can properly define "serving others". After graduation, most graduates from other schools are eager to know what the society can offer them, while BHI graduates always want to know what they can serve the society and what the value of their service is. That's totally different mindsets. One is to take in and the other one is to give out. I think with this mindset, BHI students can go much further. 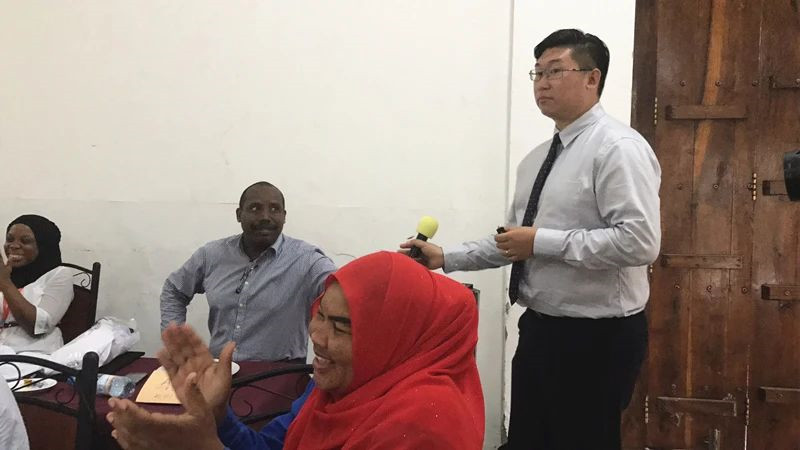 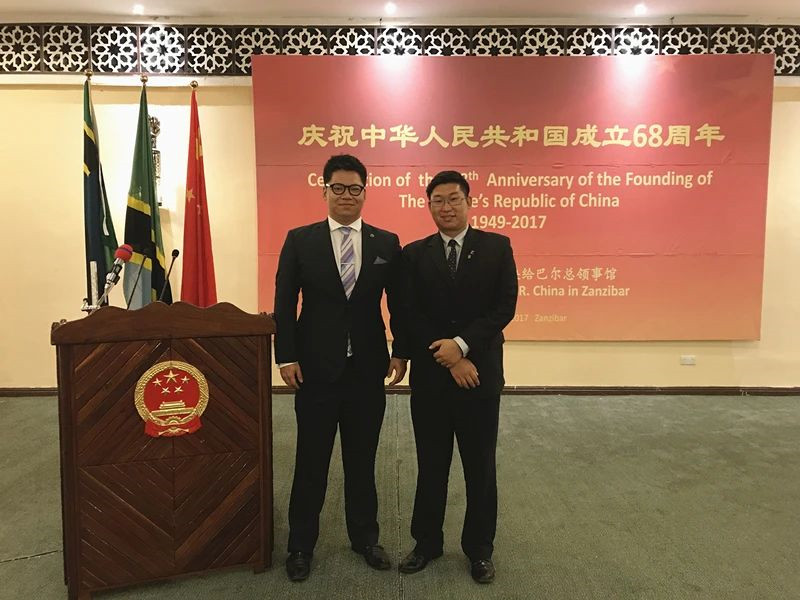 BHI Lecturers, Ju Yunlei, Cui Chao on Dinner Event of Consulate General of the People's Republic of China in Zanzibar

03 Grow up with Students

Although I passed the interview and started to work in BHI, it took me about two years to adapt this new identity. I would correct my subordinates when I worked in hotels, but in BHI, I need to extract the knowledge from questions and mistakes and teach students with patience. 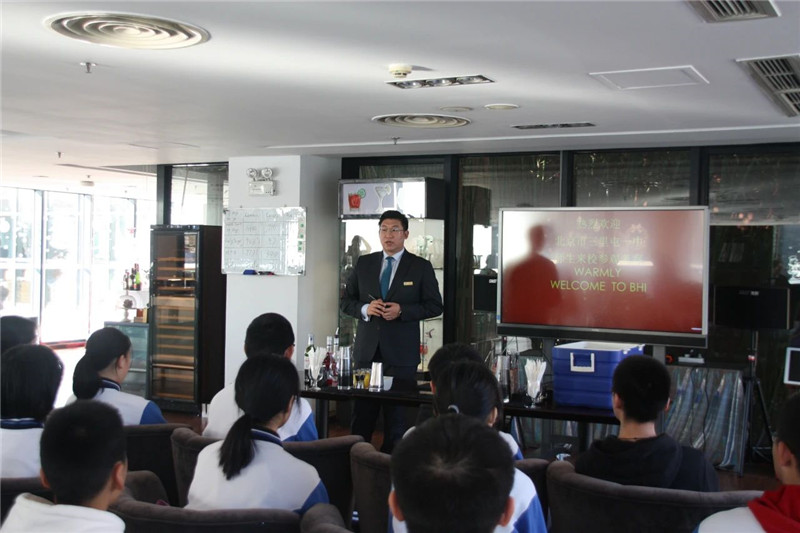 Ju: In the past years in BHI, I told myself that I shall not exclude anything new. I shall regard myself as the new generation with a young mind. Every year, I welcome freshmen who are greatly different from last year.

Apart from that, I keep  updating my knowledge and skills. Though I have experience in industry for years, yet the students can dig my everything out once I stop learning and that's when I cannot continue to teach. As a lecturer, I retain the love and passion for liquor and always communicate the relevant brands and trends with my friends. As a instructor of Water West (A cocktail association organized by BHI students), I was a part of founding this association. Innovation and experiments are kept to be carried out for testing and studying skills cutting the edge of cocktail making. When there is an outbreak, it's the best moment for us. 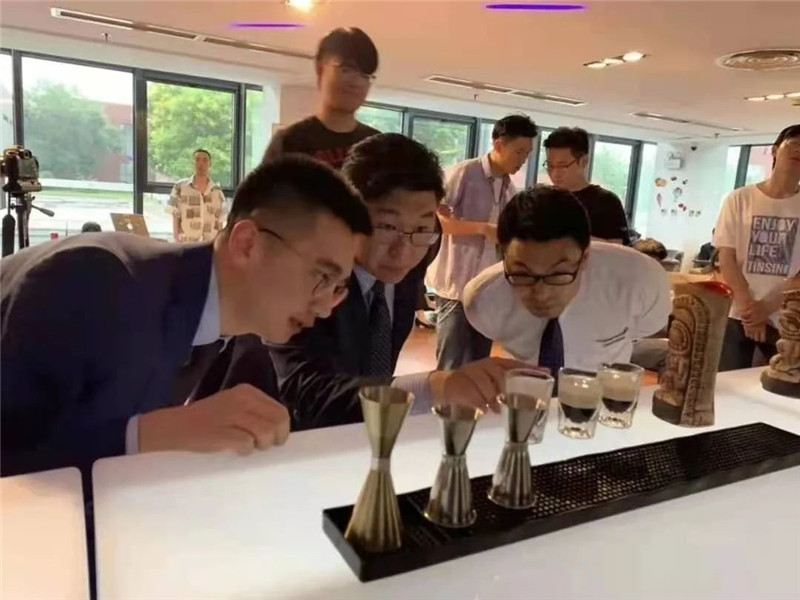 Ju, as the Judge of BHI Cocktail Making Competition

Ju: Being a lecturer makes me feel accomplishment. In industry, my happiness mainly came from salary, and at present, my happiness comes from accomplishment. I enjoy being with my students, chatting with them, which is a process I constantly update may value and mindset and find the point communicating with new generation. Growing with them is my biggest accomplishment.I have two daughters. I am also accompanying them while they grow up, so that I will always be their friends in the coming days. I expect that day's coming. 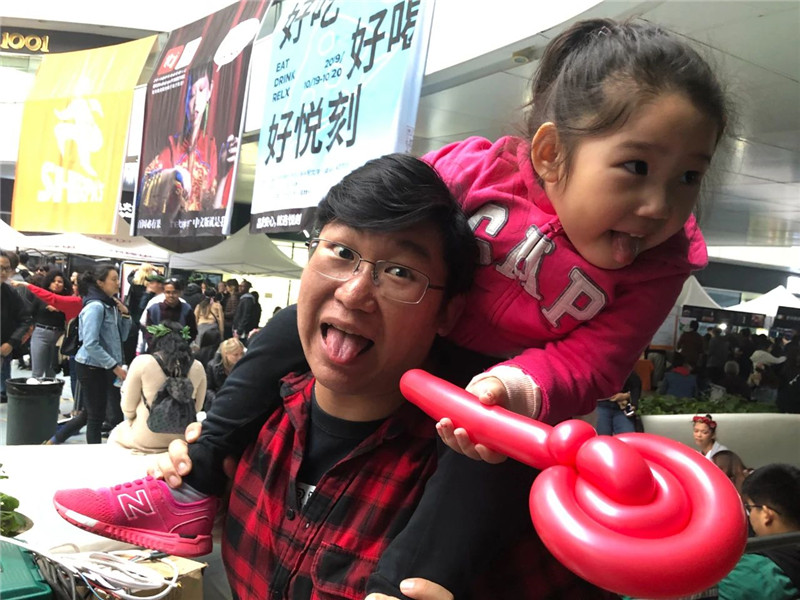 Ju with His Daughters

Ju: I wish my courses, my existence could encourage my students to go for the future. There's one thing I keep saying in my class that it is never easy to be well up to any tiny thing. Theories on the paper look pretty thin, but there are experience and practices for years behind them. Lots of students start to have interests in cocktail making after attending my class. This impact is also the biggest accomplishment.


04 From Beer to Whiskey, I Brew Myself

Ju: When I was young, I travelled in lots of places all over the world. I like challenging sports games, skydiving, deep dive, etc. Usually, I play football. 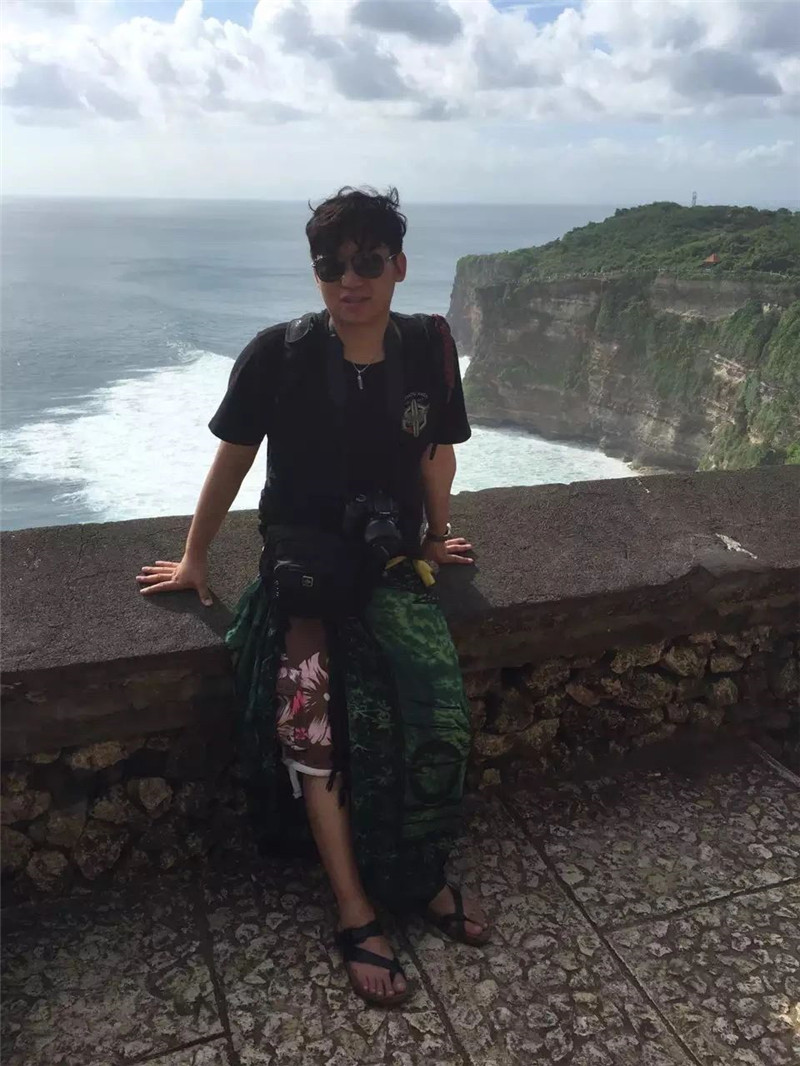 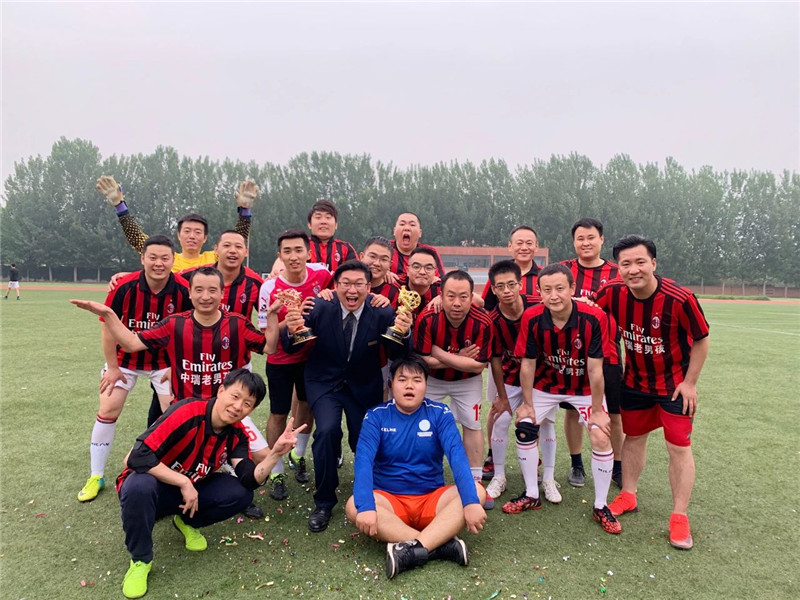 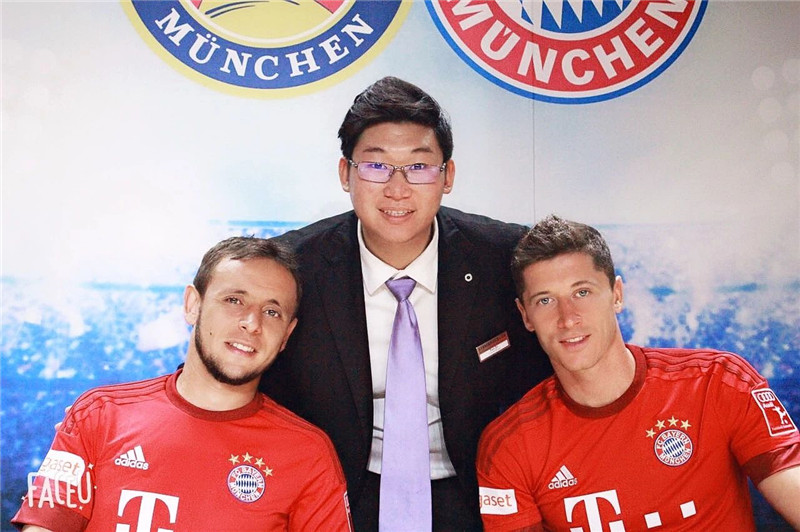 In BHI, I teach coffee knowledge and cigar appreciation. Cigar appreciation is very popular among the students. You can not image that over 200 students choose this as their elective courses.

Look back the tens of years of my life, I think the first 20-30 years like beer. When you drink beer, you drink fast. Time passes, I am like whiskey in the cask, flavored. And I am waiting for my next stage, to see how I will be brewed in the cask named of BHI.